Preschool math can be woven into everyday activities. Learn how!

Confession: I never taught my children to count.

To give some context, my three boys are six, four, and two, so it’s certainly realistic that I would have taught my older children their numbers as preschoolers, and possibly my youngest as well. Given that I have not, it may surprise you to find that I have a math degree, and my husband is a software developer. We understand the importance of math, science, and technology. So, why haven’t we intentionally taught our children this basic skill?

Math is a broad subject, and learning to count is only a small part of it. While counting is a foundational skill, there are many other mathematical concepts that our children learn as preschoolers. In light of this, our family has taken a relaxed, playful approach to mathematics that focuses on the meaning of numbers and appreciates the diversity of the subject. Here are some of the ways we do it.

Teaching preschoolers the meaning of numbers.

The main reason I have avoided teaching my kids to count is that I didn’t want to focus on the order numbers come in (ordinality) before they learned the meaning or value of numbers (cardinality).

Two hands, two apples, two claps, and two children all have something in common: they are sets of ‘two’. This is a crucial concept in mathematics. Instead of worrying about teaching numbers up to ten and beyond, I simply trusted that numbers, especially small numbers, would occur naturally throughout the day in context with the quantity they represent. Rather than teaching a sequence of ‘One, two, three, four, five’, we talked about ‘five toy cars or ‘three blocks‘.

Checking my kids’ understanding of quantity is a fun game that we played. I would ask one of my boys to ‘please bring me four Duplo bricks’. When they would consistently bring me the right number, I knew that they were grasping the concept and that we could gradually start incorporating larger numbers.

Learning the sequence of numbers came naturally as an extension of these activities. Their ability to count to higher numbers increased as their concept of value increased.

Preschool math is more than arithmetic.

Math is a very diverse field and arithmetic is only one part of it. By spending too much time teaching our preschool children to count, we can neglect the other areas.

Math – even preschool math – is the study of patterns. Any time our children notice patterns in the world around them, they are coming in touch with mathematical concepts. Of course, this includes patterns in numbers. Three plus two always equals five (and so does two plus three). However, we can also look for patterns in other places.

Babies learn to speak by listening to adults use words in context. That’s why their first words are usually meaningful – a person, object, or action that they see and interact with regularly. We can use this same approach with math at a young age by using mathematical language in context. By doing this with our preschoolers, our children will recognize these concepts when they meet them in their formal studies later on. What’s more, they will be armed with a concrete understanding of what these concepts mean, an incredibly valuable asset in the abstract field of math.

These are little, fun ways to incorporate mathematics into the home without having a specific math lesson. They give our children accurate language to describe the mathematical concepts they already understand and see in the world around them.

Math is only a small portion of a preschool education.

With the focus on STEM in the classroom and the increase in formal academics for preschool and kindergarten aged students, it can feel risky to not pursue a formal math program with your preschoolers. We feel this keenly as homeschoolers because we are already outside of the norm.

This is what helps me remain confident in our choice to take a low-key, relaxed approach to math in the early years: our preschoolers need to learn and grow in many areas, and we should give math its appropriate portion, and no more. I would do my children a disservice by prioritizing one area of their curriculum or one subject area. I don’t want to neglect other subjects, or even independent play. Instead, we let mathematical thinking, reasoning, and understanding develop naturally, trusting that this will make a strong foundation for further study.  It should not monopolize our preschoolers’ time.

Although I never taught them, my children can count well. My two year old even has fun mimicking his older brothers. But as proud as I am of their counting, it is merely a small portion of their mathematical knowledge. Their foundation in math goes far beyond putting numbers in the right order. 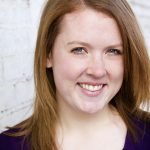