Cultivating an attitude of thankfulness is something we can work on all year long, but Thanksgiving provides an especially perfect platform to do so. Studying history — at any point in time — fosters gratitude by opening our eyes to difficulties, letting us step into the shoes of historical figures, and reminding that so many of the ordinary things in our lives are actually remarkable. Looking at Thanksgiving gives us perspective, showing us a multitude of ways to be thankful. Far from a cornucopia of plenty, the original circumstances around which our modern-day celebrations are based were marked with sadness, suffering, loss, and pain. We can use these difficult historical topics to open up conversation and nurture an attitude of gratitude look beyond ourselves. 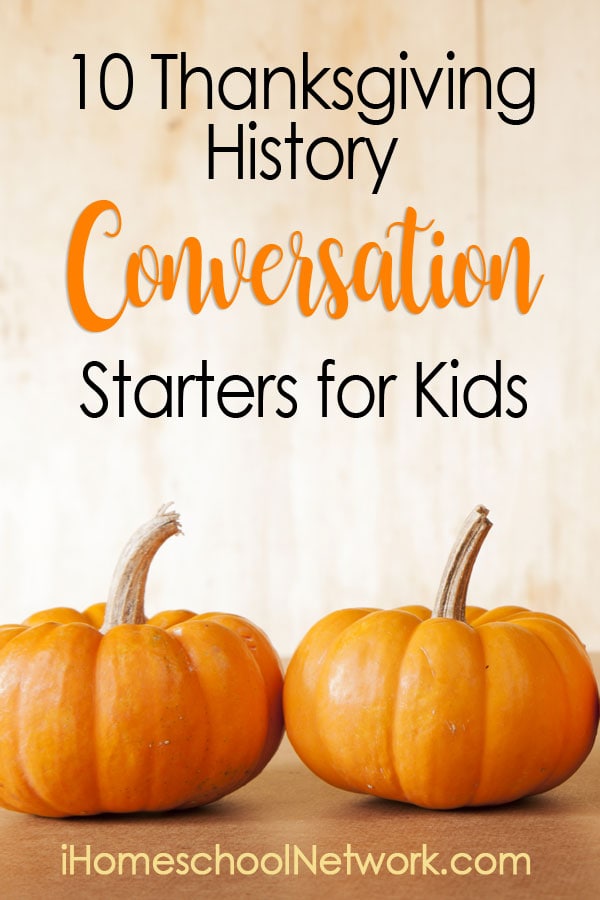 Thanksgiving is a North American holiday, but the settlers were immigrants

We think of Thanksgiving as the quintessential North American holiday — pumpkin pie, autumn leaves, and football games. But when we look back, we see that Thanksgiving, at its core, is about immigration. The settlers, of course, were immigrants, having left their homelands to make a new life across the Atlantic. They were foreigners and outsiders in the land we now call the United States of America. Franklin Roosevelt reminds us, “Remember, remember always, that all of us, and you and I especially, are descended from immigrants and revolutionists.”

Thinking of thanksgiving with the perspective of immigration gives us a number of topics for discussion. We can ask our children the following questions:

1. In those days, the decision to emigrate was incredibly permanent — there weren’t exactly passenger flights making the trek back and forth. While some of the settlers were indeed explorers who had been to the New World before, the bulk of them were making a life-altering decision. What must it have been like for the settlers to leave home, knowing they’d likely never return again?

2. What must it have been like for the Native Americans, to see ships arriving ashore, and realize the settlers meant to stay?

3. Without photographs or video of the New World, the settlers — like other sojourners throughout history — had to trust to other’s accounts of what the New World really was like. Do you think the descriptions they heard matched the reality they found? Do photographs and video always give us the full story today?

4. Even today, many new arrivals to the United States can’t return home, either due to destroyed homelands, lack of finances, or loss of family. What it must feel to be an immigrant or a refugee today?

Thanksgiving celebrates family and surplus, but many settlers and Native Americans experienced loss and scarcity

The 1600s were a time of uncertainty. Death and disease were around every corner. We think of Thanksgiving as a time of togetherness, when extended family members come together and reconnect. But what was the reality for those who lived at Patuxet-turned-Plymouth and the surrounding areas?

6. Upon arrival in the New World, tragedy struck over and over again. Of the approximately one hundred passengers who traveled on the Mayflower in 1620, only half were still alive by 1621. The settlers faced incredible challenges simply trying to grow food, build shelter, and stay alive — things we often take for granted. Would you still be able to give thanks in similar circumstances?

7. By 1621, European diseases had already been ravaging Native American tribes for years. Untold thousands fell victim to illnesses against which they had no immunity. How might you have felt toward the settlers, if you had lost family members to introduced disease?

Thanksgiving tends to focus on the settlers, but the New World was already home to Native Americans

There is so much of Native American history which doesn’t make its way into our history books, let alone our dinner table conversations. Encourage your children to take some time this Thanksgiving to research the Native Americans who called the Massachusetts Bay home — and those who still carry on the culture and traditions today. Remember, the the New World was not an uninhabited frontier, devoid of any culture or civilization.

Younger children might begin with Squanto’s Journey by Joseph Bruchac, a Native American author, or perhaps Tapenum’s Day: A Wampanoag Indian Boy In Pilgrim Times, from the same series as Samuel Eaton’s Day and Sarah Morton’s Day. (Although, the 1990s hairstyles in Tapenum’s Day do cause the photographs to stray quite a bit from historical accuracy.)

I especially love the excellent National Geographic title 1621: A New Look at Thanksgiving — this is the book I wish I would have had when I was younger! Another wonderful book, Clambake: A Wampanoag Tradition (We are Still Here), show students examples of modern-day Native American traditions still alive today. It contains a great bibliography of suggested reading, too.

It’s important, too, not to relegate Native American studies to just the time of the Pilgrims, but guide children to see through the often-stereotypical depictions, and help them gain a deeper understanding of and appreciation of the many distinct and unique Native American tribes across North America.

We can ask the following research-prompting questions:

8. Native Americans do not exist only in history books. What tribes live along the Eastern Seaboard today? In your own state, what Native American tribes are represented? Can you find out some ways these tribes celebrate their culture? Do you have any traditions in your home to celebrate your heritage?

10. There are two primary sources which record the autumn of 1621. Read excerpts from both William Bradford’s Of Plimoth Plantation and Edward Winslow’s Mourt’s Relation. They each describe the same event, but although Winslow describes the food and guests, Bradford doesn’t even mention the shared meal. Why do think this is? Winslow’s account also tells us there were ninety Native Americans there that day, while records tell us there were fifty-three settlers. What ratio do many Thanksgiving paintings and illustrations show? Does reading these first-hand accounts change what you thought about the first Thanksgiving? Why or why not?

History is not always pretty, but we can gain much from seeking the truth. Behind the Thanksgiving decorations decking American halls each autumn, there is so much more to the story.

Encourage children to uncover what they can! 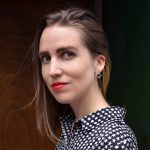 Gina Munsey is a Mexico-born, Eastern Europe-raised missionary kid who ended up in Nashville, Tennessee. A blogger for 16+ years, editor, magazine contributor, co-op teacher, and writer who has only completed four chapters of her languishing memoir, Gina spends her days full of coffee and adventures while helping her asynchronous daughter with Chinese homework. On any given day you can find them both in the middle of [home]school surrounded by stacks and stacks of books.