Joan Concilio (they/she) writes about all the amazing learning that happens while living life - and how to juggle a relaxed homeschooling lifestyle with living in a state with heavy documentation requirements - at Unschool Rules. Joan is the parent of an amazing 20-year-old unschooling graduate, a web developer, a martial artist, the wife of an amazing wife and a drinker of too much Dr. Pepper, among other things.

Why Habits Are Better Than Homeschool Goals 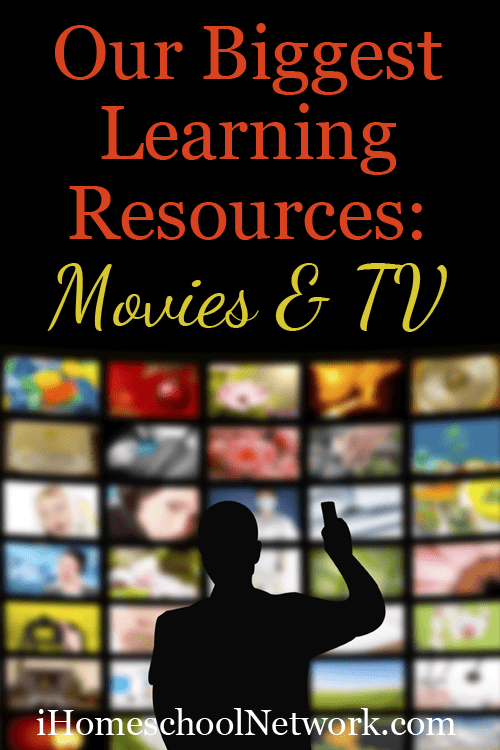 The cool thing about homeschooling is that any time can be “learning time,” right? Like when my daughter wanted to go see the Lincoln biopic starring Daniel Day-Lewis when she was 12, or how she became fascinated last year by the World War II resistance story depicted in the movie Defiance. Super-obvious homeschooling win, right? And she was having fun, too!

I love learning from movies, and some lend themselves to homeschooling in a pretty overt way.

But what about the less-obvious choices?

Do you wonder how your child could possibly be getting anything out of the latest Marvel comics adaptation?

What I’ve discovered is that any movie or TV show can give our family something to talk about and learn from when we’re watching and engaging together. It’s been so cool for us that I’m always trying to help other families see how to start these kinds of conversations in their own homes.

So how do we do this?

First, the disclaimer-y part: We are a family of radical unschoolers. One facet of that is that we don’t divide resources into “educational” and “non-educational.” We learn from life, and everything we do gives us the chance to talk and grow as a family. Yes, even “dumb” movies open up cool conversations!

You may not choose that lifestyle yourself, but no matter your educational philosophy, I’d encourage you to see the chances for conversation in anything your family spends time doing, whether watching TV, going to the movies, playing Wii Sports or what have you!

Similarly, we also aren’t particularly restrictive about our family media consumption. We believe that listening and watching are not the same as espousing. You can watch Die Hard and not, you know, blow up helicopters. I also am just not a fan of how the MPAA ratings are handed out – there are some PG-13s that make me cringe and some Rs that I think are fine for even preteens with parental engagement – so our movie choices come from a wide spectrum of ratings for violence, profanity, sexuality and other maturity levels.

You know your kids. You make the best decisions you can about what your crew will watch as a family.

Some examples of learning from movies

With all that said, what do I mean that you can learn from any movie? Here are just a few examples of the kinds of conversational topics we’ve picked up.

The National Treasure movies: These were cool, because not only did we get to talk about a lot of historical concepts, like rituals of Native Americans, the assassination of Lincoln and the signing of the Declaration of Independence, we got to talk a lot about places we’re actually familiar with (Philadelphia, Washington D.C., Mount Rushmore) as well as places we’re interested in but haven’t visited yet (Buckingham Palace). It was also cool to talk about codes, secret societies, what would happen if you DID try to kidnap the president and more.

The Rush Hour trilogy: After watching these, not only had we talked about Chinese art and artifacts, we also researched Jackie Chan’s life and learned about Hong Kong’s geography and culture.

The Dark Knight trilogy: My daughter, Sarah, who is 15, is a huge Batman fan and we have conversations about something Bat-ish almost daily. We’ve talked about how the Batsuit and technology like the Batmobile and Batarangs work; we talk about Batman’s (and Bruce Wayne’s) role in Gotham; why it’s important to have a confidant like Albert; and how Bruce Wayne, unlike a lot of the Marvel and DC superheroes, isn’t “special” on his own; he’s a guy with a fancy suit who learns from his mistakes and uses technology to his advantage. (We think he’s a lot like Iron Man!)

Big Hero 6: We love this movie. It gave us a chance to talk about what it means to work up to your potential, the value of (and the potential to misuse) technology, real-life advances in healthcare (especially robotically), grief and commercial applications of science.

Wild, Wild West: OK, hear me out on this. This one is cool because it gave us a chance to talk about what isn’t real and true historically, which naturally led us to talk more about the truth of western exploration. In this vein, we also enjoyed playing real-vs.-fake with Monty Python and the Holy Grail and A Knight’s Tale. They have these great little snippets of truth baked into some far-fetched stuff, and that far-fetched part will do a TON to interest your kids into digging deeper.

Want to get more ideas like this about how to think critically about movies? Check out The Ultimate Guide to Learning from Movies and TV, where I walk through something like 50 of our favorite movies and what we’ve learned from them. (I also have a similar series on learning from video games, for your further screen-timing pleasure!)

Joan Concilio (they/she) writes about all the amazing learning that happens while living life - and how to juggle a relaxed homeschooling lifestyle with living in a state with heavy documentation requirements - at Unschool Rules. Joan is the parent of an amazing 20-year-old unschooling graduate, a web developer, a martial artist, the wife of an amazing wife and a drinker of too much Dr. Pepper, among other things.

Homeschooling is a grand adventure and homeschooling boys can be especially fun or frustrating – depending on your perspective.  As a homeschooling mother it’s vitally important to remember that boys are different as we learn how to work with the way they are wired! Thankfully, homeschooling allows us the flexibility to embrace this. So here are 4 things to keep in mind as you embark on this adventure.

END_OF_DOCUMENT_TOKEN_TO_BE_REPLACED

Why Habits Are Better Than Homeschool Goals

Homeschool goals are a topic of conversation in every single homeschool space. YouTube, Facebook, and homeschool blogs are filled with reasons why you should set homeschool goals. Homeschool influencers are very excited to share their goals with you. As a second-generation homeschooler, I have spent more than thirty years in the world of homeschooling. I END_OF_DOCUMENT_TOKEN_TO_BE_REPLACED

So many homeschool families are doing it tough. Each day is tough. Pain is your companion. Conflict surrounds you. This is my story and how I homeschooled through it