Simple Ways to Incorporate STEM Into Your Homeschool

Using STEM Activities in Your Homeschool

The Heart of Science in the Elementary Years: The Homeschool Science Advantage

My kids got into Minecraft a long time ago. It’s been so long now that I can’t remember a time when they didn’t play it. At first, I was concerned that they were spending too much time mining and building, but, the more I watched, the more I realized that they were actually learning valuable skills – like problem solving. I’ve written before about how we use Minecraft in homeschooling and some of the ways we incorporate it into our lessons, but the biggest impact it’s had is that Minecraft creates problem solvers. 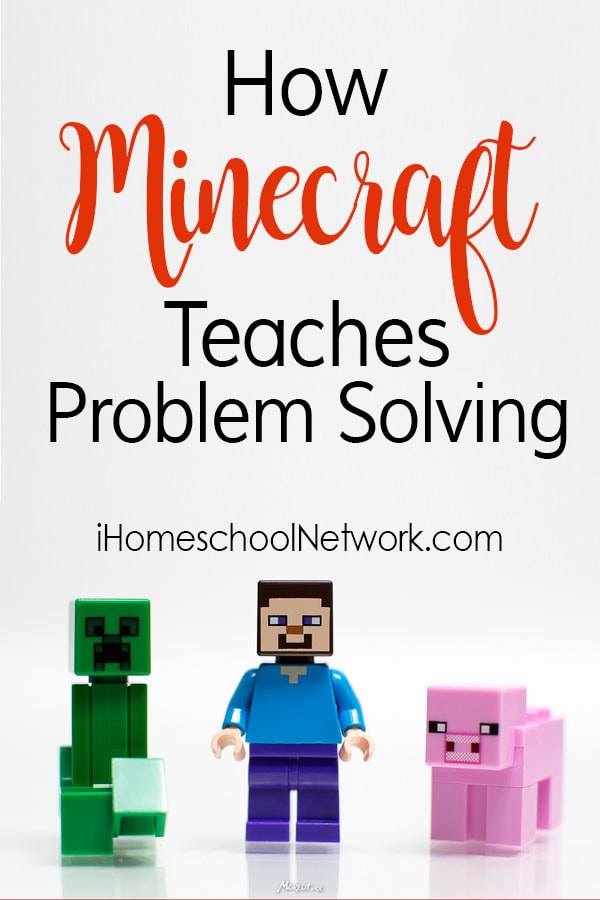 How Problem Solving is Nurtured

One of the things I absolutely love about homeschooling is that it has afforded us the opportunity to be a bit unconventional. Instead of relying strictly on a rigid curriculum, we’ve been able to do a lot of student-led interest activities. For each of my kids, Minecraft played a huge role in that.

The thing about Minecraft is that everyone starts off with the same basic issues. There’s a lack of shelter, a need for food, and a desire to explore. Priorities must be placed on the most basic of tasks first or the character won’t survive.

How, for example, do you go about building a house?

How do you create doors?

How do you gather food and which animals are okay to eat?

Is it better to build near the water or in a forest?

Where are the best places to mine?

How can you create new things?

Players have to problem solve and figure things out. Sure, they can watch “cheat” videos on how to build or create things, but they still have to implement the actions themselves. I would even argue that looking up how to create something is problem solving in and of itself!

It’s All About Problem Solving

Minecraft, by its very nature, relies on players’ creativity and problem-solving skills. It requires them to use their imaginations and then figure out how to make things happen. While the game may be abstract, the need to problem solve to play it is very real.

The fact that players can test theories, try new things, experience failure in a safe way, and go on to test theories time and again, is priceless. It teaches them that failure is not the end of the world and that when you try things a different way or with a different material, you might just achieve your goals.

My kids have always enjoyed playing Minecraft alone, but they also love to play together. They have played with friends in other towns, cousins across the country, and even a friend who lived on the opposite side of the world. The ability to work together as a team has helped them develop their verbal communication and problem-solving skills better than anything else they’ve ever tried. They also have a lot more fun doing it!

Minecraft may not be every family’s cup of tea, but for my kids it has provided an outlet for self-expression and creativity. It’s taught them to think outside of the box when problem solving and made it fun to find new ways to do things.

In fact, I would even credit it as the driving force behind my son’s desire to build his own gaming computer at the age of 13. If building your own computer doesn’t take a hefty dose of problem solving skills, I don’t know what does! Here’s hoping that Minecraft encourages your children as much as it has mine.

Parent Tip: For tips on how to set up your own Minecraft server, check out this helpful guide! It’s a lot easier than you think!

5 Favorite Ways to Homeschool With LEGO®

I’m not sure we could successfully homeschool without LEGO® bricks. (I write this jokingly, but there is some element of truth to the statement.) LEGO® learning can take place across all subject areas, ages, and interest levels. LEGO® bricks will speak to a child when nothing else will, and sometimes they help make a break-through to understanding in a critical math or science concept.

END_OF_DOCUMENT_TOKEN_TO_BE_REPLACED

Want to learn about the human body with your kids in homeschool science this year, but dread a boring textbook approach? Or do you have multiple ages in your homeschool, and you’re looking for a way to study anatomy with all of them in a hands-on, wonder-filled way? Then save this post, because it is END_OF_DOCUMENT_TOKEN_TO_BE_REPLACED

Homeschooling Kindergarten Science with No Curriculum

Kindergarten is meant to be a time of play. Here are some simple ideas for teaching kindergarten science concepts to your little ones without a curriculum.