SAT vs ACT: The Real Truth

The SAT vs ACT…which one would you take? Well, twenty years ago, making the choice was easy as pie. Back then, it all boiled down to where you wanted to go to college: You took the ACT for colleges in the north and mid-west; and the SAT for the rest of them (colleges in the South, and on both the east and west coast). Nowadays, basically every university in the United States widely accepts both SAT and ACT results. Even if a school prefers one over the other, admissions officers usually convert the scores interchangeably. 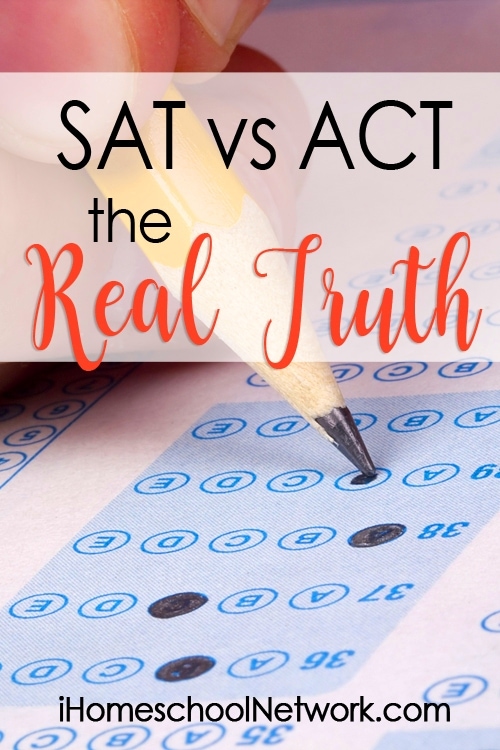 We need these standardized tests so that we can compare the abilities of students across the country—fairly. For example, a 4.0 GPA at one school can mean something entirely different to a 4.0 earned at another. How else can we make up for obvious differences between student knowledge, teaching aptitude, degree of difficulty across different curriculums, and just plain old biases? And that’s where standardized tests like the SAT and ACT come in, as they help compensate for these differences by leveling the playing field. Interestingly, a student’s scores also help predict what kind of academic success they’ll have in their first year in college.

The creators of both the SAT and ACT are guided by very similar philosophies: their aim is to design an instrument to assess a student’s critical thinking and problem-solving skills. And the similarities go much deeper.

In both tests, students will find questions that are objective and have only one correct answer. Sections dedicated to math, vocabulary, and reading comprehension assess the learners’ “innate abilities.” Tricky and confusing phrasing is purposely used to determine skill level. This also has the effect of checking how a student performs under pressure and their ability to identify exactly what is being asked of them. It isn’t necessarily measuring comprehension on a specific subject, but of course does cover basic high school material, by default. What the examiners are more interested in is how well a student can critically think through a problem—considering they are given roughly one minute per question—and then move on.

Now that the SAT has been redesigned, the format is very similar to the ACT. When the new president of the College Board was appointed, he hired ACT writers to create the redesigned SAT. The resemblance between the instruments is good news to any college hopeful. Both have four long sections, require a student to understand basic test-taking techniques, and need them to answer the questions quickly. The best score a student can receive on the SAT is 1600 and 36 on the ACT.

Here is a summary table of the main similarities and differences between the SAT and ACT:

What is crystal clear is that learning critical thinking skills will benefit students whether they sit either or both tests. And there are plenty of other standardized exams where these skills are completely transferable. These include the popular PSAT/NMSQT test, which when taken in a student’s junior year could yield incredible scholarships like full tuition, free room and board, graduate school money, study abroad stipends, and more. The list of other exams that will benefit from learning test-taking skills include AP, Subject Tests, GRE, CLEP, LSAT, ISEE and so on.

When you boil it down, the SAT and ACT largely examine the same aspects of a student’s capabilities, in similar ways, yielding similar results that can be converted to suit the institution you or your student is applying for. The question I find people are asking now is “if they are so similar, is there a benefit in taking both tests?” The answer is yes. Despite the incredible similarities, it does seem prudent to consider doing just that. While the tests both fulfill the same role in the admissions process of college, some colleges do give a better scholarship based on their preference for using the results of one test over the other. Nowadays, many students are considering taking both the SAT and ACT so they can stack the cards in their favor, showcase their abilities and receive more money.

If you’re looking for a program that will help you or your student ace the SAT (and other standardized tests that could make a huge difference to your future) then take the time to check out the College Prep Genius programs. Thousands of students swear by Jean Burk’s system and you will too! www.CollegePrepGenius.com

END_OF_DOCUMENT_TOKEN_TO_BE_REPLACED

I received compensation in exchange for my time and review of Big River Academy homeschool curriculum. All opinions are my own. I’ve always been a hands-on curriculum kind of homeschooling mom. We’ve grown butterflies for science, visited museums for history, and drawn comics as creative writing. I usually expand on book-based curriculum with my own END_OF_DOCUMENT_TOKEN_TO_BE_REPLACED