An Easy Music Lesson that Your Homeschoolers Will Love

Are you experiencing one of those times in your homeschool where you need to put the regular curriculum aside for a day (or a week) and doing something totally different? How about an easy music lesson? Here is a simple and fun music lesson that your homeschool students will love! Download a free printable pack to use with this lesson here. 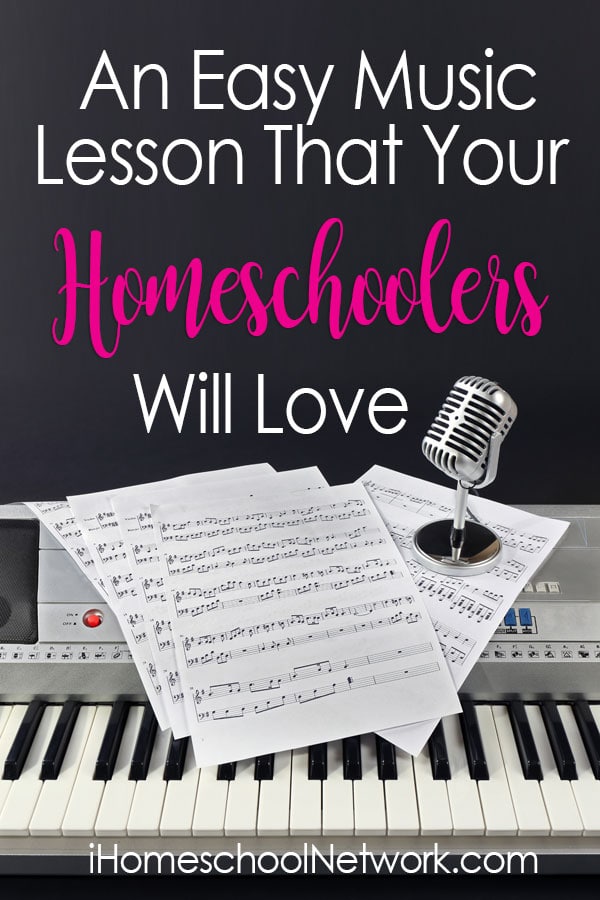 What is a Musical?

A musical is a specialized genre of story that is drama with singing. Songs are interspersed throughout the play that relate directly to the plot. It usually contains spoken words and dancing, but always contains singing. The first hit musical of this particular style of writing was Oklahoma by Rogers and Hammerstein in 1943.

The transition from opera to the musical theater style began in the late 1800s. The Gershwin brothers, Jerome Kern, Cole Porter, and Rodgers and Hart wrote some wonderful and memorable songs performed on Broadway in the 1920s and 1930s. The Ziegfeld Follies were a musical revue show (songs and sketches without a single storyline), and they were a big hit from 1907-1931.

In 1943, Oklahoma became the first musical where every song and dance was integral to the plot. The musical form was never the same after that. Thus began the “Golden Age” of musical theater, which lasted into the 1960s. Oklahoma was written by the team of Rodgers and Hammerstein. Richard Rodgers (1902-1979) and Oscar Hammerstein II (1895-1960) wrote other popular musicals including Carousel (1945), South Pacific (1949), The King and I (1951), Flower Drum Song (1958), and The Sound of Music (1959). Listen to this medley of Rodgers and Hammerstein Songs.

Irving Berlin wrote Annie Get Your Gun in 1946 about Annie Oakley. Cole Porter wrote Kiss Me Kate in 1948, based on Shakespeare’s play The Taming of the Shrew. Loesser and Burrows wrote Guys and Dolls in 1950. Listen to the song “You’re Rockin’ the Boat.”

My Fair Lady, an adaptation of the play Pygmalion, was written by Lerner and Loewe in 1956. Here is the song “Wouldn’t it be Loverly?”

The Music Man was written by Meredith Willson in 1957. Watch the funny song “Pick a Little” here.

Hello Dolly was written by Jerry Herman in 1964. The song “It Only Takes a Moment” was featured in the movie Wall-E.

Fiddler on the Roof by Harnick and Bock in 1964 tells the story of Russian Jews in a small town in Russia. Here is the song “If I Were a Rich Man.”

West Side Story, a modern Romeo and Juliet adaptation, was written in 1957 by Leonard Bernstein.

Listen to this Sondheim song “No One is Alone” from Into the Woods.

Listen to “When You Believe” from The Prince of Egypt.

Andrew Lloyd Webber was born in London in 1948. In 1965 he entered the Royal College of Music to study musical theater. He connected with the lyricist Tim Rice (born 1944 in England) when he was 17 and Tim was 21. Together they wrote Joseph and the Amazing Technicolor Dreamcoat, a musical about the Old Testament story of Joseph. Listen to the song “Any Dream Will Do.”

Next, they wrote another biblically themed musical Jesus Christ Superstar (1976), using more rock elements than was typical in musical theater. In 1978 they wrote Evita about Eva Peron of Argentina. The movie Evita, starring Madonna came out in 1996.

Webber later turned to literature to get lyrics for his musicals. He wrote Cats based on the poetry of T.S. Eliot’s Old Possum’s Book of Practical Cats. His next hit was Phantom of the Opera, based on the book Le Fantome de l’Opera by Gaston Leroux. Phantom of the Opera is the longest-running show in Broadway history, having been there since 1986.

Two of the 20th century’s best musicals came out of France. Claude-Michel Schoenberg (composer, born in 1944) and Alain Boublil (lyricist, born in 1941) wrote the musical Les Miserables. The English version came out in 1985. It’s based on the book of the same name by Victor Hugo.

They also wrote Miss Saigon (1989) based on the story of Madame Butterfly by Giacomo Puccini, but set during the Vietnam War.

Musical theater remains a very popular form of story and entertainment, even to this day.

Coupon Code for the Intro to Musicals Online Course

**This easy music lesson is an excerpt from the online course “Intro to Musicals” from Learn.MusicinOurHomeschool.com. Head over to get the full course and have even more fun learning about 10 great musicals for kids, including Annie, Seussical, Mary Poppins, and Newsies! Get any course for 15% off with coupon code 15OFF2018 (expires 12/31/18). 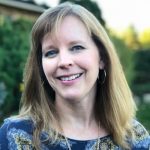