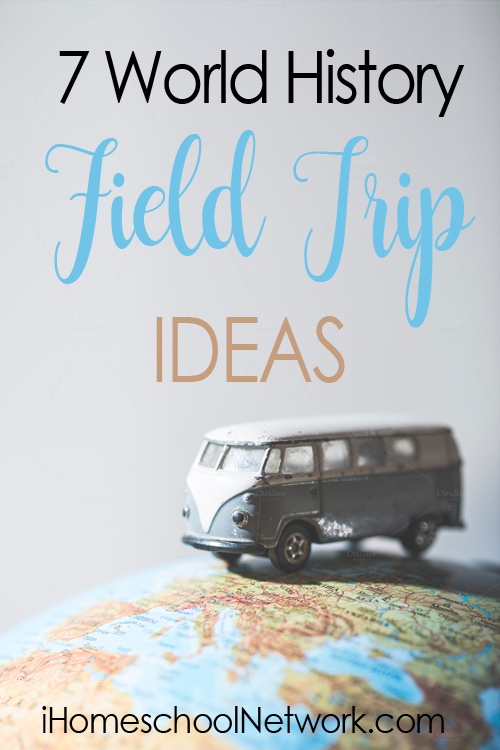 Since the founding of the United States, Americans have taken an interest in the history and culture of other people and places. Unfortunately, this interest has not always been accompanied with an attitude of respect toward people who are different. Instead of looking down on different cultures, we should learn to appreciate the amazing diversity and creativity of human beings, who are all made in God’s image.

Your children can benefit from the labor of dedicated workers who preserve and share information about various people groups. Here are seven types of sites that you can look for to help your children understand different cultures and countries and learn about international events. I’ve included one example site from each state.

Quick disclaimer from the author: Be aware that some of the museums promote a history of the world that includes human evolution, which we at Notgrass do not endorse. Many will also have displays that include nudity and violence. Some of the museums are run by religious groups with which you may disagree. Finally, some of the sites are in remote locations that can be dangerous to visit because of weather or terrain. Be safe and engage your children in conversation about the things you see and experience together!

Several locations have museums that highlight various aspects of world history. Examples include the Berman Museum of World History in Anniston, Alabama; the Mathers Museum of World Cultures in Bloomington, Indiana; the Museum of World Treasures in Wichita, Kansas; the Peary MacMillan Arctic Museum in Brunswick, Maine; the Mariposa Museum & World Culture Center in Petersborough, New Hampshire; the Slave Relic Historical Museum in Walterboro, South Carolina; the Lake Champlain Maritime Museum in Vergennes, Vermont; and the Milwaukee Public Museum in Milwaukee, Wisconsin. You can also find state and local history museums that show how people from your area have been involved in international events such as World War II.

2. Historic sites related to Russian, Spanish, and French influence in the United States.

British colonies became the foundation of the United States, but early colonists from other countries left their mark, too. You can learn more at the Alaska State Museum in Juneau, Alaska; the Castillo de San Marcos National Monument and other sites in St. Augustine, Florida; the Mines of Spain in Dubuque, Iowa; and Louis Cathedral in New Orleans, Louisiana.

3. Ethnic museums that focus on a particular culture or country.

Some examples are the Museum of the African Diaspora in San Francisco, California; the Bishop Museum in Honolulu, Hawaii; the Basque Museum and Cultural Center in Boise, Idaho; the Jewish Museum of Maryland in Baltimore, Maryland; the Amherst Center for Russian Culture in Amherst, Massachusetts; the Somali Museum of Minnesota in Minneapolis, Minnesota; the International Museum of Muslim Cultures in Jackson, Mississippi; the Cape Verdean Museum Exhibit in East Providence, Rhode Island; the Kluge-Ruhe Aboriginal Art Collection in Charlottesville, Virginia; and the Nordic Heritage Museum in Seattle, Washington.

4. Art museums that have collections of ancient or international art.

Finding displays of European and American art is pretty easy. Finding collections of art from other parts of the world is a bit more difficult, but examples include the Wadsworth Atheneum Museum of Art in Hartford, Connecticut; the Speed Art Museum in Louisville, Kentucky; the Nelson-Atkins Museum of Art in Kansas City, Missouri; the African Art Museum in Tenafly, New Jersey; the Sherwin Miller Museum of Jewish Art in Tulsa, Oklahoma; the University of South Dakota Art Galleries in Vermillion, South Dakota; and the Institute of Egyptian Art and Archaeology in Memphis, Tennessee.

5. Natural history and science museums that have exhibits on ancient history or international cultures.

Sites like these can be harder to recognize because their names don’t always make you think of history. However, some examples with history-related exhibits are the Denver Museum of Nature & Science in Denver, Colorado; the University of Michigan Museum of Natural History in Ann Arbor, Michigan; the American Computer & Robotics Museum in Bozeman, Montana; the Petrified Wood Gallery in Ogallala, Nebraska; and the Houston Museum of Natural Science in Houston, Texas.

6. Archaeology museums that feature artifacts related to Bible history and other ancient cultures.

Learn more about the historical and cultural context of the Bible at the Biblical History Center in LaGrange, Georgia; the Spurlock Museum in Champaign-Urbana, Illinois; the Museum of Archaeology and Biblical History in Albuquerque, New Mexico; the Corban University Archaeological Museum in Salem, Oregon; and the University of Pennsylvania Museum of Archaeology and Anthropology in Philadelphia, Pennsylvania.

This list will get you started. If you want help finding even more sites, I invite you to download our free World History and Culture Field Trip Guide that highlights over 500 locations across the United States where you can learn about world history and culture. Entries are sorted by state and by city within each state. The types of sites vary considerably from huge museums with millions of items to small displays with a few dozen items to outdoor examples of Native American art and architecture. Visit notgrass.com/wh, enter your email address, and download your copy.

John Notgrass loves history and wants to help people learn from the past so we can live better lives in the present. John and his wife, Audra, are both homeschool graduates. Married since 2009, they have two sons with them on earth and three children with Jesus in heaven. Visit John’s personal blog at johnnotgrass.com. Learn more at Notgrass History homeschool curriculum at notgrass.com.