How to Create a Unit Study About Birds

Is Your Homeschool on Track? Ask Yourself These 5 Questions to Find Out

Celebrate DNA Day With Your Kids

Christmas Traditions Around the World

Christmas traditions around the world are celebrated in a variety of ways, but the theme of love shines through no matter where you are. 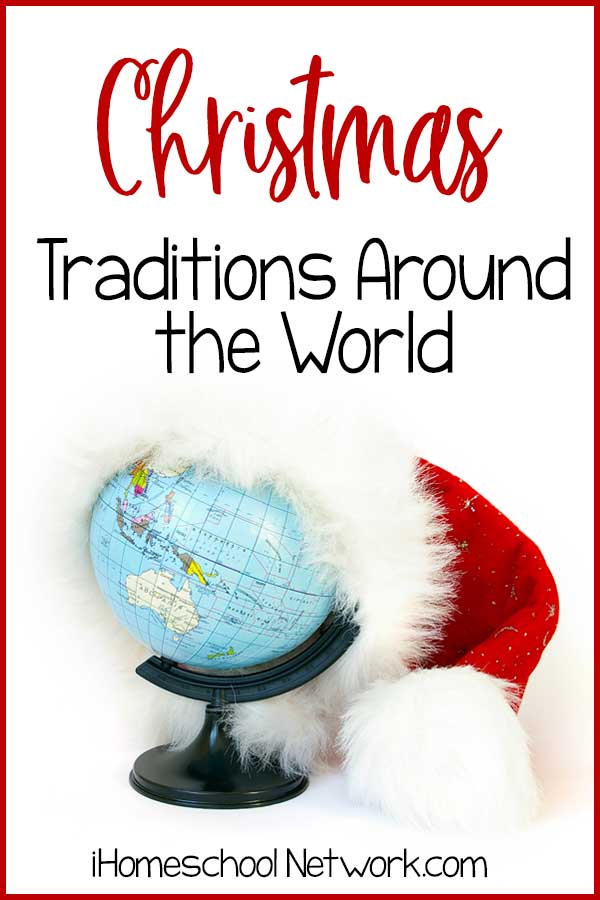 Christmas Traditions Around the World

Homeschooling makes my kids naturally curious about the world around them so it was no surprise when they asked how celebrations for Christmas around the world differ from what we do in our own little spot on this beautiful Earth.

After doing a bit of reading and research we discovered some fun facts about how Christmas is celebrated around the world. Here are some of the highlights!

Fun Facts About Christmas Traditions Around the World

Since Christmas is a Christian holiday and only a small percentage of Japanese are Christians, it is no surprise that there is no reference (or very little) to the nativity or Christ. Instead, Christmas is purely commercial with Santa being the main player in decorations.

Although Christmas in Brazil resembles a typical American Christmas celebration, the major difference is that the holiday is celebrated in the middle of the summer. This means more outdoor events and parties at night – including large fireworks demonstrations!

Germany is big on Christmas traditions and they take their food and festivities very seriously. Outdoor Christmas markets have their origins in Germany’s history and Stollen, a fruit and nut spice bread, is one of the favorite treats to eat during the season. In fact, Stollen has its roots in Dresden, Germany and is one of the staples of the town’s Christmas market.

With less than 5% of the country’s population being Christian, it is easy to understand how Christmas could be an overlooked holiday in India. However, Christmas is a cause for a significant celebration in many cities and towns throughout the county. Midnight Mass is a popular way to honor the holiday, but the food is the highlight of the season. Luxurious Christmas buffets, especially those held at large hotels, are well known and highly attended.

Much of Australia comes from British and Irish backgrounds so many of their Christmas traditions are European-based. One main difference is that grilling or barbecuing Christmas dinner is not an oddity in Australia. As Christmas occurs during their summer season, the warmer weather encourages families to take their Christmas games festivities outdoors.

If December 25th seems like every other day in Russia it is no wonder. The country follows the Julian calendar for religious celebrations and Christmas is widely celebrated on January 7th instead.

One of the most peculiar traditions we learned about while studying Christmas around the world was the one of Caga Tió. Caga Tió is a yule log with a drawn or painted on smiling face and a bright red hat. It usually has smaller sticks to make up its legs. Throughout the season, children “feed” it scraps of food and then beat it with a stick while singing songs so that it poops presents. To say that this was the most unusual tradition that we came across was an understatement.

No matter where or how you celebrate Christmas, the memories and traditions will stick with you for years to come.

END_OF_DOCUMENT_TOKEN_TO_BE_REPLACED

My top 5 winter nature study ideas to keep you active, learning, and having fun even in the cold wintry months – and some of my fave resources.

END_OF_DOCUMENT_TOKEN_TO_BE_REPLACED

Want to be prepared for the new homeschool semester? Here are the Christmas break tasks every homeschool mom should tackle!